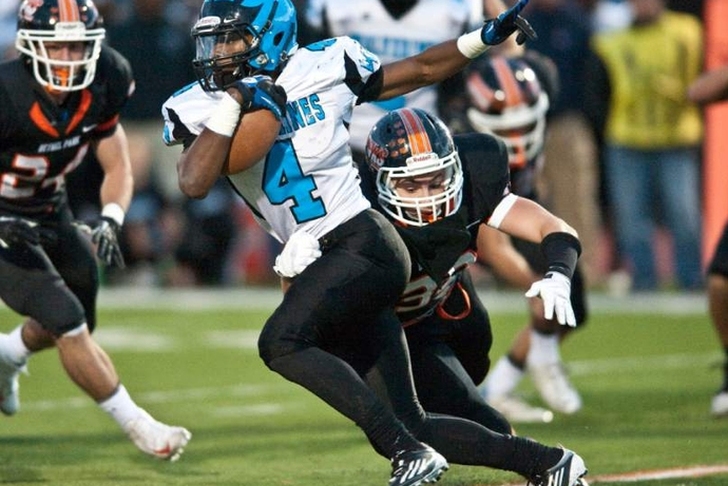 The Penn State Nittany Lions are on their way to putting together a top 25 recruiting class in the country, putting together an impressive combination of four-star prospects. Some of those prospects could make an impact as soon as next year. The recruiting rankings are based on Rivals.com's, which ranks Penn State No. 24 in the nation. Here are the top five prospects already committed to Penn State this year, headlined by four-star running back Miles Saunders.

Zembiec is the best player from the state of New York this season and the No. 10 pro-style QB. He's already enrolled at PSU, which should help his development. The four-star recruit could be the future of the Penn State passing attack, especially if his highlight tape is any indication.

Given Penn State's offensive line issues, getting McGovern was big for the Nittany Lions. He's the No. 2 center in the nation and the No. 216 overall player. The four-star recruit could play early for Penn State and has already enrolled. The Chat Sports Android and iPhone app has more on McGovern and Penn State recruiting.

Simmons could be the next great defensive lineman for the Penn State. He's 6-foot-3, 225-pounds and should develop into a quality pass rusher. He's the No. 104 overall player and the fourth-best player from Maryland. For more on Simmons, check out the Chat Sports Android and iPhone app.

Just like McGovern, getting Menet was big for the Nittany Lions. He's the No. 87 overall player in the 2016 class and the No. 5 guard. He could see the field early for Penn State.

The star of PSU's class is the nation's top RB. The Nittany Lions kept the No. 39 overall player in the state of Pennsylvania and he could be a featured part of the offseason soon. At 5-foot-11, 200-pounds, Sanders could be a dynamic tailback for PSU. For more on Sanders, download the Chat Sports Android and iPhone app.