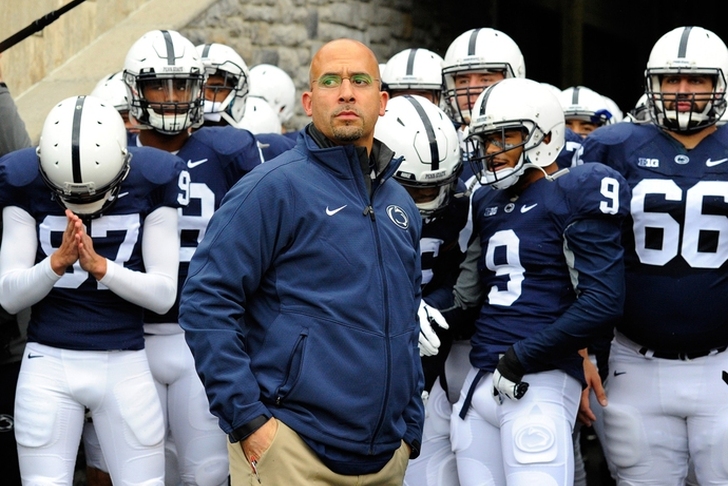 We're just one day away from National Signing Day on February 3rd, which means head coach James Franklin and the Penn State Nittany Lions are focusing their efforts in hopes of delivering a great 2016 recruiting class. With that in mind, here are the latest news and rumors you need to know for Penn State Football Recruiting with one day until National Signing Day.

Penn State Lands Tyrell Chavis
The Nittany Lions picked up a commitment from three-star DT Tyrell Chavis today. The JUCO commit announced his decision on Twitter. PSU beat out Auburn for Chavis, who visited Happy Valley over the weekend. He will be a redshirt junior. For more on Chavis' commitment, download the Chat Sports Android and iPhone app.

The second was three-star WR Dae'lun Darien. PSU flipped him from Temple, and Darien announced his decision on Twitter Monday. For more on Darien and Shelton, download the Chat Sports Android and iPhone app.

Penn State Loses One To Pittsburgh
While PSU has landed a few players in the past couple of days, they did lose one player. Three-star athlete Aaron Matthews flipped from Penn State to Pittsburgh, he announced on Twitter. Matthews was going to play safety for PSU, but will play WR for Pitt. That was likely a big reason for his decision.

Lavert Hill Sets Decision Time
Hill is arguably the top target left for Michigan State. Today, Hill announced on Twitter that he would make his decision at 9 a.m. It's down to Penn State, Michigan State and Michigan as the three teams fighting for Hill. The four-star DB's brother plays at Michigan and they are considered the favorites. However, several of Hill's friends are going to Michigan State and the Spartans could end up finding a way to land Hill. Download the Chat Sports Android and iPhone app for all the Penn State recruiting updates you need.