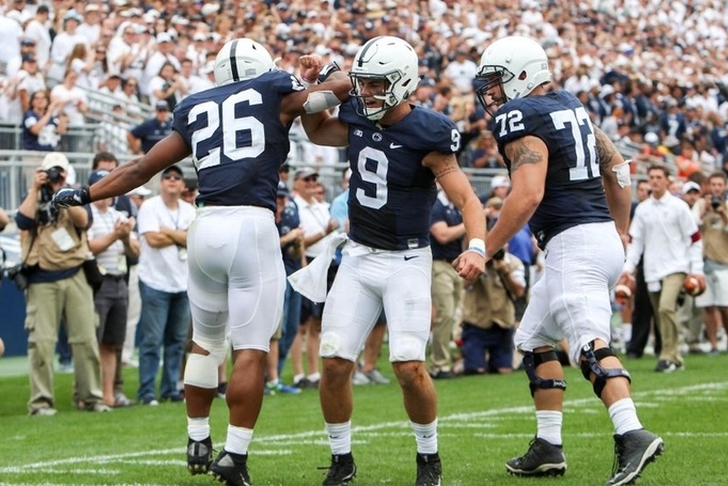 The Penn State Nittany Lions are coming off a breakout season in 2016 in which they won the Big Ten title and earned a Rose Bowl berth. Now, the Nittany Lions are looking to repeat their success in conference while making up for last year's College Football Playoff snub. Can they accomplish those goals? Here's a game-by-game prediction of Penn State's schedule this year:

Penn State's first game of the season is a very winnable one that will allow them to shake off the rust.

This is the second year in a row in which these two in-state rivals will play and Penn State is looking to get revenge for last year's loss. Pitt is going through a transition after losing quarterback Nathan Peterman and running back James Conner, highlighting the Nittany Lions' major talent advantage.

Another Group of 5 team that will give PSU an early season tune up before starting conference play.

Just ask Michigan how dangerous it can be to play at Kinnick Stadium. Luckily for PSU, they have too much offensive firepower for a rebuilding Hawkeyes team to match.

Indiana has a new head coach in Tom Allen and several major question marks on defense. Saquon Barkley should run wild in Happy Valley in this one.

Northwestern has a legitimate Player of the Year candidate in running back Justin Jackson, and many like the Wildcats as a dark horse in the Big Ten West. That said, they don't have the talent elsewhere to compete with Penn State - especially in the defensive front seven.

Michigan only returns three starters from last year's team, the fewest of any program in the country. Their underclassmen should be starting to find their stride by this point in the season, but playing in Happy Valley will be a major challenge for them. Expect the Nittany Lions to win a relatively close game.

This is the game of the year in the Big Ten. Penn State's upset over the Buckeyes is what allowed them to win the Big Ten East and Ohio State is out for revenge. The Buckeyes have a slight talent advantage, yet the difference will be playing this game at The Horseshoe. This will be PSU's first loss of the season.

Michigan State will be better than they were last year, but they're still in rebuild mode. They need to find a quarterback, and until they do, their offense will continue to be putrid.

The Scarlet Knights are making progress under head coach Chris Ash, but they still have a ways to go before they're competitive in the Big Ten. Chalk this up as an easy win for PSU.

Nebraska's defense will be very good this year, but they won't have an answer for Trace McSorley, Saquon Barkley and Penn State's offense (to be fair, no one really has those answers). PSU wins this game in Happy Valley.

The Terps were better than expected under D.J. Durkin last year and they have the talent to be a good defensive team, but there is still a lot of work to be done. This budding rivalry will be heated, but as we saw last year, there is a significant talent gap in favor of Penn State.