Allen Robinson Gets Tattoo Of Epic Catch, Shuts Down Cornerback Who He Beat On The Play On Twitter 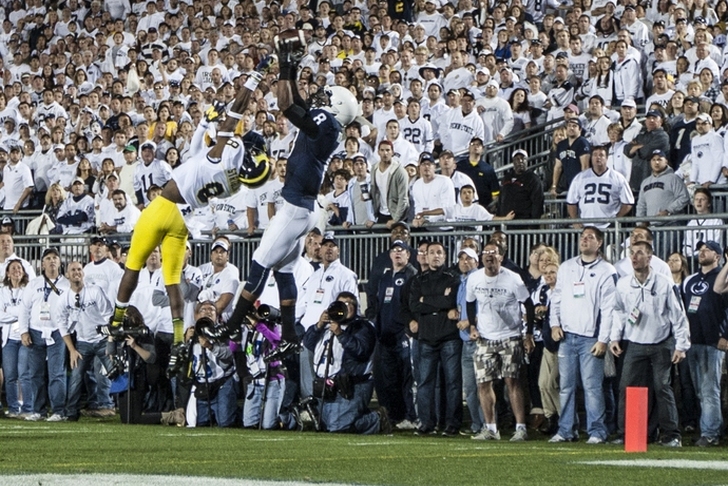 Back in 2013, Penn State Nittany Lions wide receiver Allen Robinson pulled off this GEM of a catch against Michigan to send the teams' Big Ten showdown into overtime:

One person, however, did not appreciate the skin art masterpiece -- Michigan Wolverines cornerback Channing Stribling, now a senior, who was the defensive back victim that Robinson beat on the play.

If im in the league, my focus is on ballin not on a tatt, I see where cuhh head at doe...some people just aint built for the league

Robinson, who made the Pro Bowl this year, delivered the Twitter version of a left hook and knockout uppercut in return: