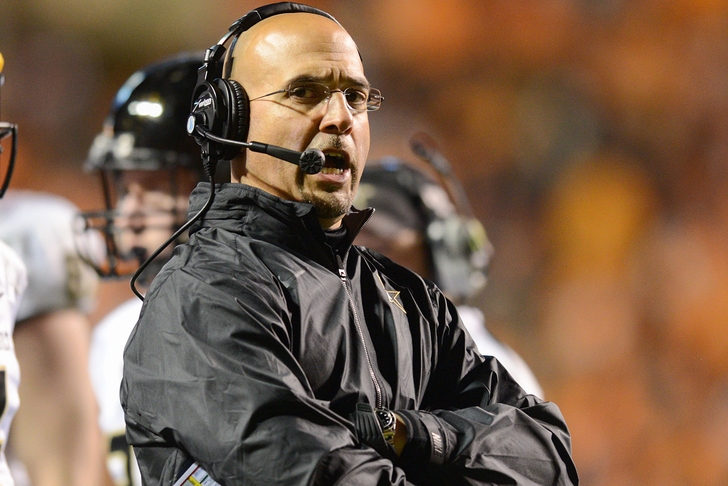 Update 9:57 am ET, 1/9: A number of outlets are now reporting that James Franklin will be Penn State's next head coach. Bruce Feldman of CBS was the first to report the move.

On Monday, Penn State thought James Franklin was a lock to be their next head coach. Franklin had given every indication that he was coming, and was expected to sign the offer PSU made to him over the weekend.

The entire situation changed late Tuesday, when Vanderbilt came in with an offer that matched Penn State's financially and also included guarantees about improvements to Vandy's facilities.

While Franklin could still end up at Penn State, he now faces a tough decision. A move we considered imminent as of Tuesday morning has now been thrown into doubt, and Penn State is reportedly lining up interviews with other candidates (San Francisco 49ers OC Greg Roman is the latest) in the event that the Franklin deal falls through.

We understand that Penn State's athletic department is extremely frustrated by Vanderbilt's late offer, given that they considered the Franklin deal done and dusted earlier this week. If Franklin doesn't end up at PSU, Nittany Lions officials will have to wonder how they let both Franklin and Miami's Al Golden slip through their fingers.