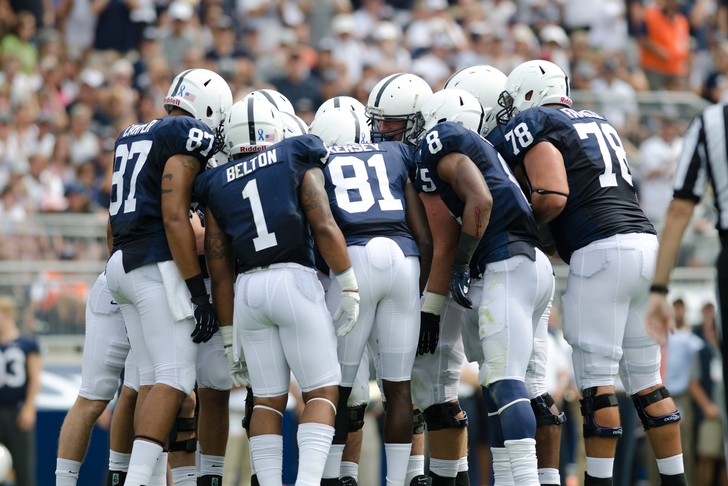 Penn State head coach James Franklin stirred up a little controversy this offseason when he said he considered the state of Maryland to be "in-state recruiting ground" for the Nittany Lions.

Given the fact that he was the former head-coach-in-waiting for the Terrapins, that statement did not go over well in College Park.

Maryland apparently carried those feelings with them to Happy Valley today, and it showed during the pre-game "handshake".

Maryland might be new to the Big Ten, but it looks like they're already developing a rivalry with Penn State.