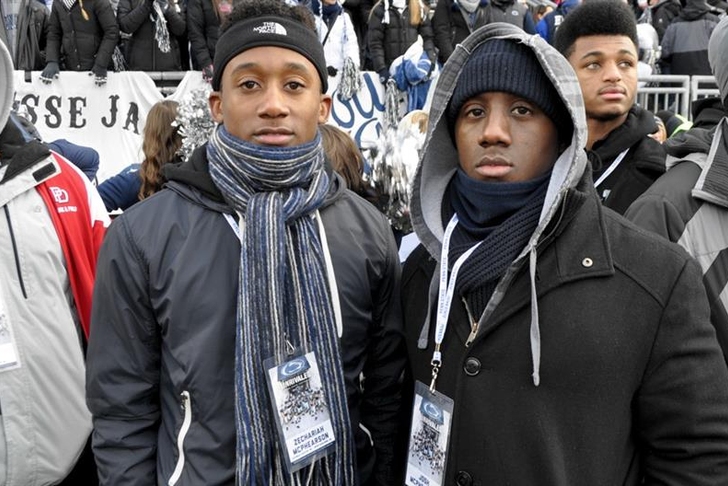 Four-star Upper Marlboro (Md.) Riverdale Baptist cornerback Zechariah McPhearson is a coveted commodity in the Class of 2016, holding 13 offers from the likes of Alabama, Pittsburgh, and the Penn State Nittany Lions.

Penn State is considered by most to be a leader for McPhearson's services at this juncture, and that notion is reinforced by his thoughts on the time he's already spent in Happy Valley.

"When I went up there, I really liked the environment,” he said, via 247Sports. “I felt like I was at home and they treated me like family.

“Coach Franklin is a nice guy. My brother goes to Penn State right now and plays football, and they take care of their athletes and they also produce good ballplayers. He likes it, he says it’s a nice place to be and it’s a great environment.”

Zechariah hasn't been to campus since the program's Junior Day in February -- a month after his brother, Josh, joined the team as a wide receiver. However, a trip to State College could be in the cards very soon.

“There’s actually a spring game this weekend at Penn State, but I won’t be able to make that because I have a baseball game,” he said. “They want me to come visit the next week on a weekday, so I’m going to take a look at it.”