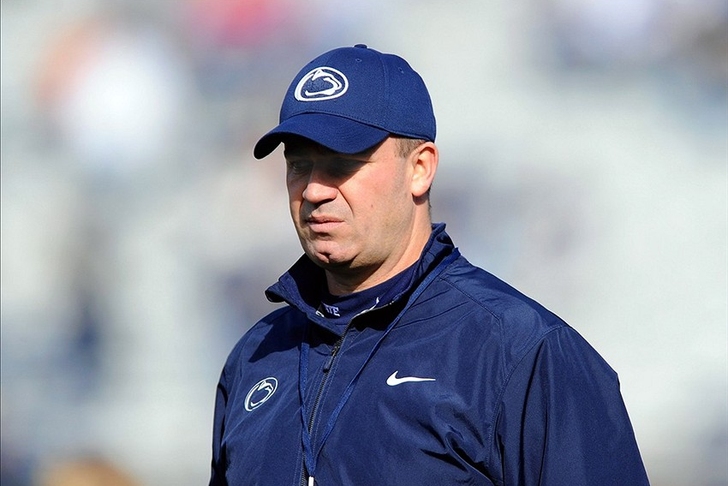 Multiple sources are reporting that Bill O'Brien is expected to sign a deal with the Houston Texans early this week, and Penn State will have no choice but to conduct a search for O'Brien's replacement. While PSU's program is still rebuilding from the NCAA sanctions leveled following the Jerry Sandusky scandal, the position is much more favorable today than it was two years ago when O'Brien took the reins. One in-demand college coach has already reached out to express interest, and as things stand, these are the five candidates most likely to take over if/when O'Brien leaves for the NFL:

Touted as a possible Paterno successor a few years ago, Golden is a PSU graduate with heavy ties to the program. With a solid resume that includes a MAC title & bowl appearance at Temple (Temple!) as well as three years of consistent improvement at Miami, Golden already has experience with a program in NCAA purgatory. While his return to Penn State seems inevitable, it may be too soon for it at this stage - Golden still hasn't won a bowl game with Miami, and reportedly isn't ready to leave the Hurricanes just yet.

Hufnagel is a CFL legend who hasn't missed the playoffs in six seasons as a head coach north of the border, and he also happens to be a PA native who graduated from PSU in 1973. Hufnagel is an offensive guru with a special affinity for quarterbacks, and he could be just the right guy to help turn Christian Hackenberg into a Heisman contender. If Penn State came calling, Hufnagel would have a hard time saying no.

Munchak is expected to be let go by the Titans later this week, ending a 30-year tenure with the franchise as a player and a coach. The last team Munchak played for before Tennessee? That would be the Nittany Lions, back in 1982. While it's unclear how Munchak would take to recruiting and other aspects of the college game, he'd bring name recognition and NFL head coaching experience to the job. A member of the Pro Football Hall of Fame, Munchak would no doubt get a warm reception if he returned to Happy Valley.

Schiano spent five years as an assistant at Penn State in the early '90's, and he's now on the market after being let go by Tampa Bay. It's easy to forget that Schiano led Rutgers to five bowl wins in his last six years before leaving for the NFL, and he appears to be much better suited to the college game than to the NFL. There's reportedly mutual interest between Schiano and PSU, and he'll be one of the first calls Penn State makes if they find out O'Brien is leaving town.

Franklin has been the subject of some well-earned hype this year for making Vanderbilt competitive in the SEC. A PA native who played QB at East Stroudsberg College before starting his coaching career at Kutztown, Franklin reached out to Penn State in early December when it began to sound like Bill O'Brien was considering a move to the NFL. There's going to be serious competition for Franklin this offseason (multiple top-tier programs are interested, including Texas), but if Penn State moves quickly, they could land one of the fastest-rising coaches in the game.