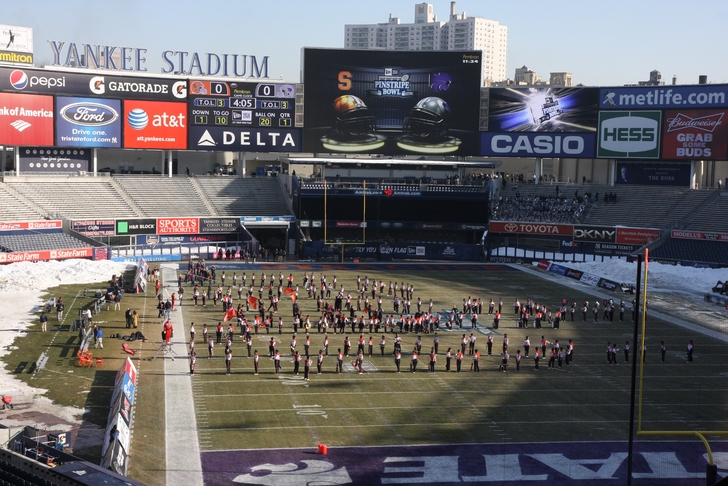 The Penn State Nittany Lions are headed to the Pinstripe Bowl to face the Boston College Eagles on December 27th at Yankee Stadium in New York.

This pairing doesn't come as a huge surprise, as most people expected this matchup due to the close proximity and high interest it would draw for both teams.

Coming out of the Big Ten, Penn State finished the year at 6-6 overall but lost their final two games of the season. Still, once they became bowl eligible, it was a near certainty that the Pinstripe Bowl would be their final destination.

Boston College represents the ACC after finishing 7-5 on the season. The Eagles lost the Advocare Bowl to Arizona last season, their first bowl appearance since the 2010 Kraft Fight Hunger Bowl.

These teams have not faced each other since 2004.