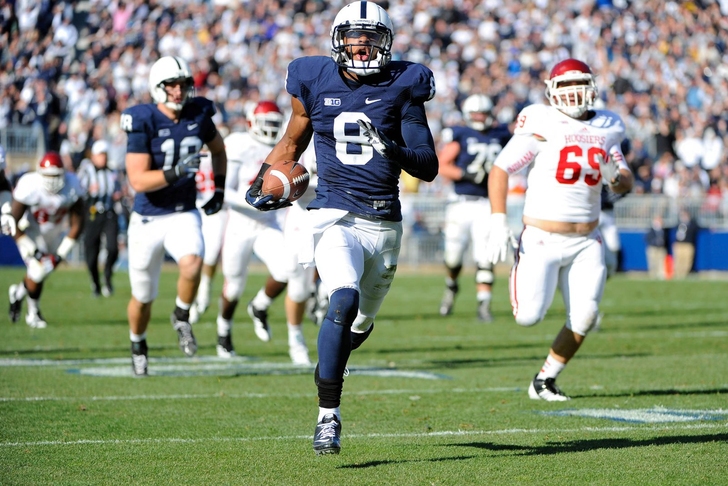 Allen Robinson has all the physical tools be successful at the next level. He’s athletic, flexible, and deceptively strong with good hands. Robinson’s greatest strength is his ability to make plays after the catch and leap over multiple defenders to get the ball. Robinson does a good job working in traffic and can find the crease when running routes.

A two-time Big Ten Receiver of the Year, Robinson broke out tremendously when Bill O’Brien came to Happy Valley after not playing much his first season at Penn State. He finished with a total of 174 receptions, 2,445 yards, and 17 touchdowns over his last two seasons.

Robinson’s footwork is his biggest weakness, and he has a tendency to telegraph his intended direction. He also isn’t exceptionally fast - running a 4.5 at the combine and a 4.4 at Penn State’s pro day - but his speed has never been a major issue. Robinson also needs to utilize the entirety of the field more and avoid the sidelines.

Robinson is looking to go early in the second round, but could move up towards the end of the first. Here are the most likely destinations for Robinson:

Reaching his full potential, Robinson’s absolute best-case scenario would be a complete receiver in the mold of Andre Johnson - but this, of course, is a major stretch, since Johnson is an elite receiver with some of the best hands in the league. A slightly more grounded comparison would be Anquan Boldin, who’s no scrub himself – Robinson’s measurables are similar, but slightly ahead of where Boldin’s were. All in all, Robison is primed to be a very good – and potentially great – receiver in the NFL.