The 5 Toughest Games On Penn State's Schedule In 2016 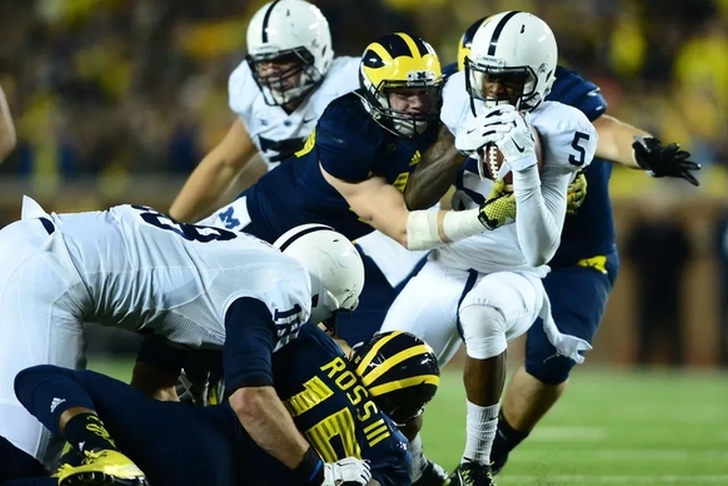 College football's unique in that a single loss could mean the difference between a conference championship (or the ultimate regular-season goal, a College Football Playoff spot) and becoming an also-ran in the FBS ranks. If Penn State wants to reach their heightened expectations for the 2016 season, they are going to have to win some difficult games to reassert themselves in the Big Ten race. Here are PSU's five toughest games heading into this year:

5. at Pitt Panthers (September 10th)
One of the most bitter rivalries in the sport will be back for the first time since 2000, and Penn State has to go on the road to take on Pitt. The Panthers are anything but an easy out after going 8-5 last year, and in a game with this much emotion, anything can happen.

4. Iowa Hawkeyes (November 5th)
Iowa is expected to take a step back after their impressive 12-win campaign in 2015. However, they will still challenge for the Big Ten title and this game will serve as a measuring stick for how competitive the Nittany Lions will be down the stretch.

3. Michigan State Spartans (November 28th)
It will be tough going up against the defending Big Ten champs though they'll have a new quarterback under center, but Penn State will put up a very strong fight at home in the final game of the season. This as all the makings of a Penn State upset win.

2. Ohio State Buckeyes (October 22nd)
You want to really make waves? Pulling off the upset over the Big Ten favorites at home in the middle of the season will do the trick. Nobody will give PSU a chance heading into this one, but that's no matter. Happy Valley is a magical place - remember, it took the Buckeyes overtime to knock off Penn State in their last visit.

1. at Michigan Wolverines (September 24th)
Playing in the Big House is hard. Playing against a Michigan team that is expected to compete for a national title will be even harder. Penn State's Big Ten opener will be the toughest game they play all year, but a win would put them among the favorites to win the conference.