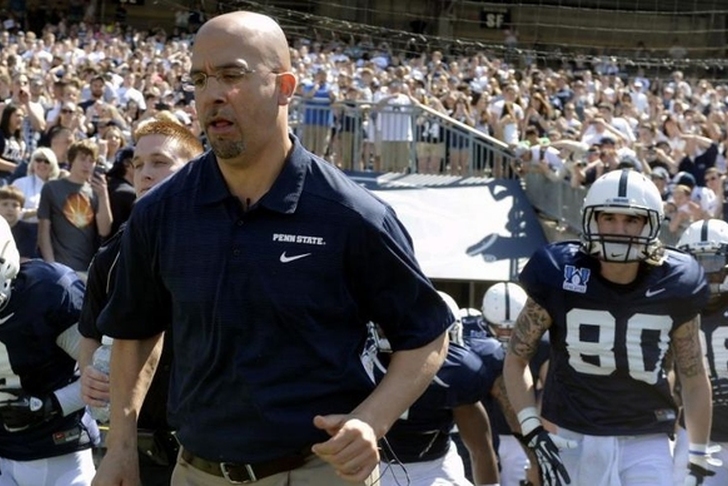 The Penn State Nittany Lions are 4-1, something James Franklin reminded media and fans of after Penn State's narrow win over Army. It hasn't always been pretty, but at least PSU has four wins with the rest of the Big Ten season coming up. Here are five things we know about Penn State through five games.

The Ground Game Needs Akeel Lynch and Saquon Barkley Back

Lynch and Barkley have both played well this season and the ground game suffered when they both missed the Army game. PSU needs them back soon, especially if they want to continue to be a run-first offense. Both players are talented enough to be a 20-carry, 100-yard type tailback.

It's Okay To Let Christian Hackenberg Throw It

I don't believe it's a coincidence that the best game Hackenberg had this season came in the only game Penn State let him air it out. He's a talented QB and the best offensive player Penn State has. I know the offensive line has issues (see below), but it's time to let Hackenberg air it out. The team can stay balanced, but Hackenberg should be able to sling the ball around.

The Offensive Line Is Bad

Look, this offensive line is among the worst in the Power 5. The team has already allowed 15 sacks this season, and hasn't even played the best defenses in the Big Ten. Penn State needs to come up with a solution quickly or their offense is in serious trouble.

The Defense Is Great

While the offense has issues, the PSU defense has been great this season. The Nittany Lions lead the NCAA in fumble recoveries, are third in sacks and fourth in tackles for loss. The defensive line is among the best in the nation and can carry Penn State if its offense continues to struggle.

I get that the wins haven't been pretty. There is plenty to be worried about, but 4-1 is much better than going 2-3. The rest of Big Ten play is coming up, and Penn State is stilll 1-0 in the Big Ten. The offense has flaws, especially on the line, but be glad that the team has four wins. Penn State probably won't win the Big Ten, but that doesn't mean they can't put together a run and make a good bowl game.