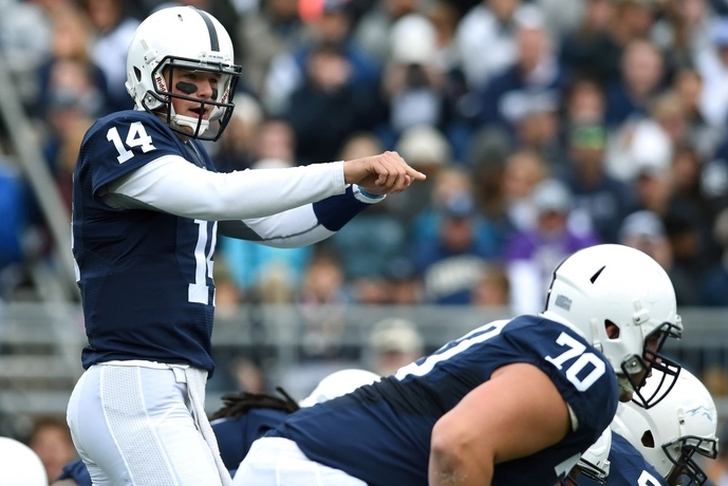 Of all the prospects in the 2016 NFL Draft, perhaps no one is as intriguing as former Penn State quarterback Christian Hackenberg. A three-year starter in Happy Valley, he showed a ton of promise as a freshman and looked like a future No. 1 overall pick - then had two underwhelming seasons.

Hackenberg has received a lot of criticism for reportedly bashing his head coach those two years, James Franklin, blaming Franklin for his struggles. And you know what? Hackenberg is right. He wasn't a fit for the spread system, but he is ready-made for NFL success due to his excellent size at 6'4" and 225 lbs, but more importantly, has a huge arm. Which teams are favored to land this potential steal? Here are the four franchises most likely to draft Hackenberg:

New York Jets (Round 2, Pick #51)
The Jets have expressed interest in acquiring a quarterback in this draft with the team unable to come to terms with Ryan Fitzpatrick, last year's starter. Many expect them to target Memphis' Paxton Lynch in the first round of the draft, but if they don't take him, Hackenberg is definitely an option for them in the second. It wouldn't be a great fit because he's likely be thrown onto the field right away, which could really hurt his development.

Cleveland Browns (Round 3, Pick #65)
Speaking of hurting your developement, Cleveland isn't exactly the place you want to go. The Browns were expected to draft a quarterback with the No. 2 pick even after signing Robert Griffin III, and they may still have their eyes on getting a QB later in the draft. If they do, Hackenberg makes sense for them - but they don't make sense for him. He's not ready to play at this level, and the Browns don't have a good veteran for him to learn from.

San Diego Chargers (Round 3, Pick #66)
San Diego is looking for a backup who could potentially take over when Philip Rivers retires, and Hackenberg could be that guy. This would be one of the two best fits for Hackenberg. He needs the time to sit and learn and adjust to the NFL, which he would get in San Diego, allowing him to make the most of his ability.

Dallas Cowboys (Round 3, Pick #67)
If you can't tell, I think Hackenberg will be gone with one of these three picks at the start of the third round. Dallas is the probably the best place for him to sit and learn behind Tony Romo for a few years before taking over. The Cowboys have been looking for a capable backup, and they wouldn't come much better than this promising young rookie.