3 Penn State 2016 Recruits Who Will Become Stars This Season 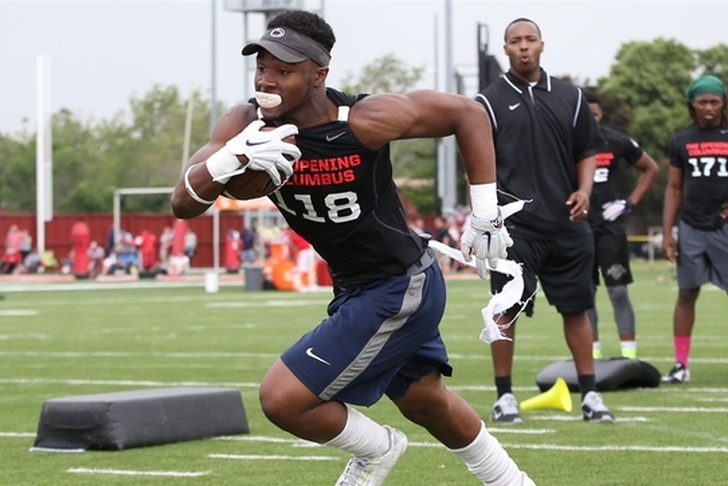 The Penn State Nittany Lions have plenty of veteran playmakers returning on both sides of the ball, but they also have an influx of young true-freshman talent that could make a major impact this coming season. Here are 3 Penn State recruits who will become stars next season:

3) OG Michal Menet
Given PSU's offensive line issues, landing the nation's top guard was huge for the Nittany Lions. He was ranked as the No. 28 player in the country and the second-best prospect from the state of Pennsylvania, showing just how much talent he has. Menet will start from day one and probably be Penn State's best lineman this season.

2) DE Shane Simmons
Simmons is an athletic freak at 6'4" and 221 pounds, and often used his sheer athleticism to get the the quarterback at the high school level. He could have similar success in college, but he desperately needs to add weight to play on the defensive line. That being said, he is quick enough to play linebacker - look for him to be used as a pure pass-rusher off the edge this year.

1) RB Miles Sanders
The best running back prospect in the country, Sanders has all the makings of being Penn State's next superstar. At 5'11" and 200 pounds, he's big enough to pound the rock between the tackles, but is extremely dangerous in open space. Expect him to be the focal point of PSU's offense this year.