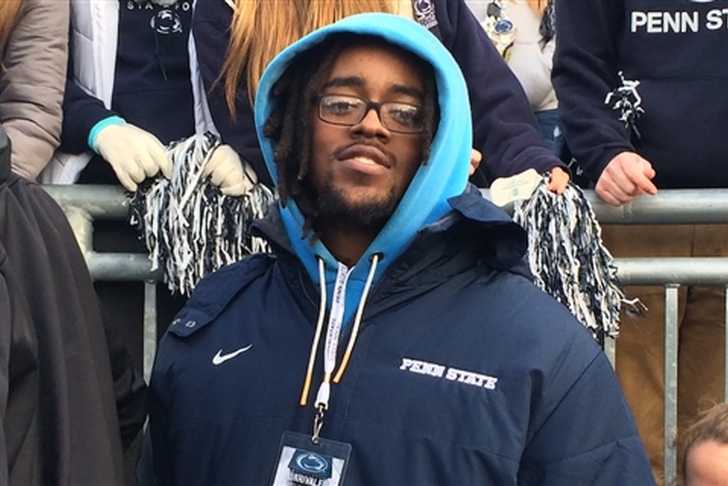 Penn State is reloading with a massive 2015 recruiting class, and the Nittany Lions should start seeing production out of some of their new recruits sooner rather than later. Let's take a look at three new faces ready to step up for Penn State next season:

The Lions have two excellent young receivers in Geno Lewis and DaeSean Hamilton, but Johnson is good enough to force himself into the picture. It's unlikely that he starts over those two - at least, not this year - but James Franklin & co. will find ways to get him involved. Leaving a 6'5 WR who runs a 4.4 40-yard-dash on the bench won't be easy, and Johnson can also play safety, a position where Penn State might find themselves thin next season.

Penn State's running game is at a crossroads. Bill Belton and Zach Zwinak will be gone, and while Akeel Lynch will likely become Penn State's feature back, Barkley has the skills and tools to help contribute right away.

The Lions are no strangers to using platoons in the backfield, and while the split won't be as even as it was in 2014, don't be surprised if Barkley earns himself a heavier workload as the season goes on.

The #2 JuCo offensive lineman in the country, Palmer might be James Franklin's most important recruit in an absolutely loaded class.

Penn State's most glaring weakness in 2014 was the offensive line. Christian Hackenberg rarely had more than a few seconds to find his receivers before getting sent to the turf, and the Lions - who are used to fielding formidable rushing attacks - didn't have much better luck running the ball. Palmer can provide an instant upgrade in both run blocking and pass protection, and at 6'8, 305 lbs, he has room to fill out and get even scarier.

OTHER NAMES TO WATCH:

OT Sterling Jenkins - another 6'8 behemoth, Jenkins is a 4-Star recruit with NFL potential. It's unclear how much he'll be involved right away, though.

CB Garrett Taylor - a 4-Star cornerback from Virginia, Taylor is rated as the #16 corner in the Class of 2015.

CB John Reid - another 4-Star CB, Reid will form a dangerous tandem with Taylor in the near future.