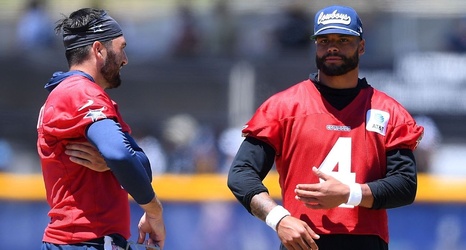 Dallas Cowboys quarterback Dak Prescott is expected to be a full go for Week 1 of the regular season, a source told ESPN's Stephania Bell.

Prescott has been held out of team drills since late July with a lat strain in his right shoulder. He has had zero setbacks and remains on track with progressive throwing program designed to increase volume of work, the source said.

On Wednesday, coach Mike McCarthy said "there's a good chance" Prescott won't play in the preseason. Heading into training camp, the team had hoped to get Prescott plenty of reps now that he has recovered from dislocated and compound fracture of his right ankle that ended his season last year in Week 5.