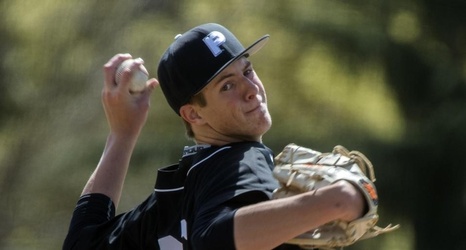 University of the Paciic’s baseball team kept alive its streak of sending players to the professional ranks.

The school announced Thursday that former Tigers pitcher Lucas Sweany has been signed to a contract with the Minnesita Twins. It is the eighth year in a row in which a Pacific player has turned pro, and Sweany is the 95th Tiger overall to sign a pro deal.

Sweany, a six-foot-six left-handed thrower from Vacaville, said in a statement released by the school that this was the moment he has been waiting for since he was a child.

“Playing professional baseball has always been a dream of mine and today, that lifelong dream came true,” Sweany said.