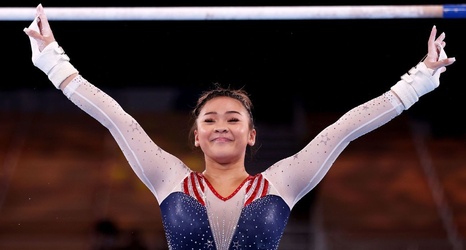 She edged Rebeca Andrade of Brazil in an entertaining and hotly contested final while Simone Biles watched from the stands. Lee's total of 57.433 points was just enough to top Andrade.

The Brazilian earned the first gymnastics all-around medal by a Latin American athlete but missed out on gold when she stepped out of bounds twice during her floor routine. Russian gymnast Angelina Melnikova earned bronze two days after leading ROC to gold in the team final.