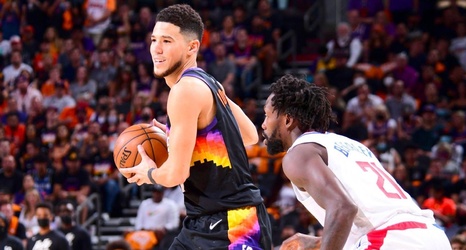 The Bubble Suns are so last year. Say hello to the Playoff Suns.

After falling behind 2-1 to the Los Angeles Lakers in the first round, the Phoenix Suns have now won eight consecutive playoff games, the longest streak in their franchise history and the longest for any team since the 2017 Golden State Warriors opened the playoffs 15-0. They won this one without Chris Paul, who joined the team via FaceTime in the locker room after the game.

Those eight wins match the Suns' total from the Bubble, when Devin Booker & Co.