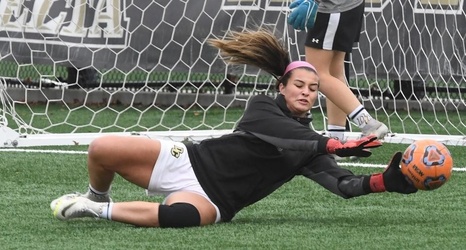 Delta College’s women’s soccer team is exactly where it wants to be.

It was the Hawks who defeated Delta 2-1 in last year’s Final Four. The Mustangs had a goal called back due to an offsides player and have been determined to get back to the semifinals, preferably against Santiago Canyon.

“We have a chip on our shoulder,” midfielder Aveena Cline said. “We said we’re not going to be satisfied with just making it to the Final Four this year.