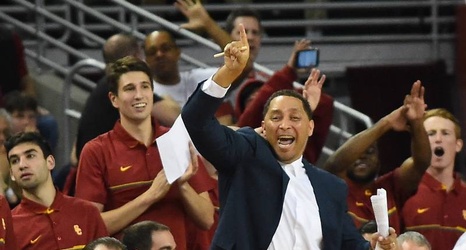 USC announced Friday that the NCAA has sent its men's basketball team a notice of allegations in regards to the actions of a former coach in the program.

The statement read as follows per Adam Grosbard of the Orange County Register:

“USC has received a Notice of Allegations from the NCAA related to a former coach in the men’s basketball program. USC has cooperated with the NCAA since it first became aware of the issues raised in the Notice of Allegations. Because the notice involves a pending NCAA case, USC is unable to discuss any of the allegations in or facts relating to the case.