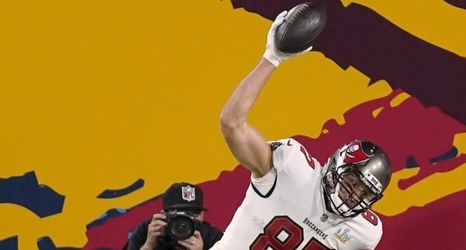 Two of the all-time greatest University of Arizona football players will play a role in the Wildcats' spring game April 24.

According to Justin Spears of Tucson.com, Arizona head coach Jedd Fisch revealed that Tampa Bay Buccaneers tight end Rob Gronkowski will serve as a coach in the spring game, and he will coach against former New England Patriots linebacker Tedy Bruschi, who is now a senior adviser to Fisch.

Spears noted that it will mark Gronk's first appearance at Arizona Stadium since the 2011 spring game following his NFL rookie season with the Pats.