Pac-12 Suspends Ref for 'Error in Officiating' on Penalty During WSU vs. Cal 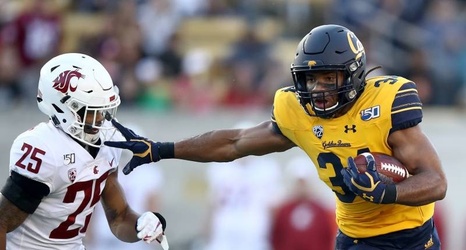 The Pac-12 has acknowledged officials made an incorrect call in Saturday's game between Washington State and California.

Pac-12 blew a call in a bad way on Saturday in the Cal-WSU game. It has suspended an official for one game. https://t.co/PPRh83SDCE

The referee from the game has been suspended one game while the remaining officials were "downgraded."

California earned a 33-20 win over Washington State, but the team benefitted from a missed called on a kickoff in the third quarter. The Cougars were flagged for illegal hands to the face on the return, when the infraction was really against the Bears.