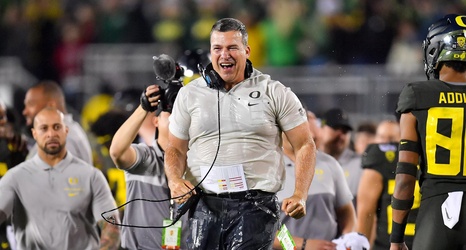 The Pac-12 Conference will see four of their Friday Night games take the airwaves on ESPN’s family of networks this fall, starting with the 2018 Pac-12 Championship rematch between the UCLA Bruins and Oregon Ducks on November 20.

Oregon will then take on in-state rival Oregon State Beavers the next Friday night while the Apple Cup will also air on ESPN’s networks, either ABC or ESPN, according to a press release.

The four primetime ESPN broadcasts culminate with the Friday Night Duel in the Desert, the 94th meeting between the Arizona Wildcats and Arizona State Sun Devils.