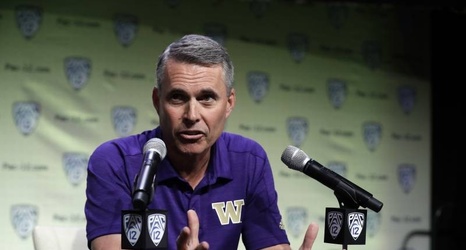 While the rest of the nation celebrates the 150th anniversary of college football, the Pac-12 is hoping for some magic for the 15th anniversary of its last national championship: USC in 2004, though it was later vacated.

But in a conference where it feels like no one is a clear favorite and 11 of the 12 teams could potentially win their division (sorry, Oregon State), who will rise up and make a push to end the Pac-12's two-year College Football Playoff drought?

In this preview of the 2019 Pac-12 season, we'll talk favorites, challengers, biggest stars, top storylines and one coach who enters the season sitting uncomfortably on the hot seat.