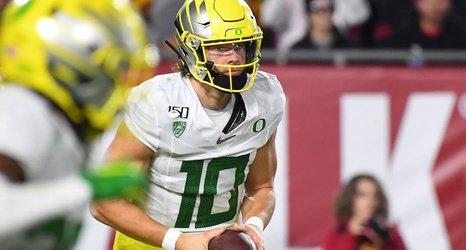 The college football season has made it to that part of the year where people start thinking about championships, playoffs, and bowl games. The Oregon Ducks and the Utah Utes are two teams that have thoughts of something special happening to end the 2019 football season.

Back in July at the Pac-12 Media Day, Oregon and Utah were the two teams that were picked by the media to end up in the Pac-12 Championship Game.

At this point we are on a collision course for these two teams meeting up in San Jose in December. Outside of some major injuries and some unforeseen loss along the way, the Utes and Ducks should be matched up in the Pac-12 Championship Game.