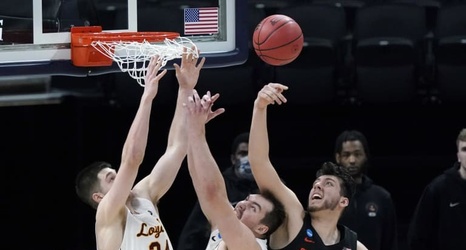 The 12th-seeded Oregon State Beavers are Elite Eight bound after beating the No. 8 Loyola-Chicago Ramblers 65-58 in the Sweet 16 of the 2021 NCAA men's basketball tournament on Saturday at Bankers Life Fieldhouse in Indianapolis.