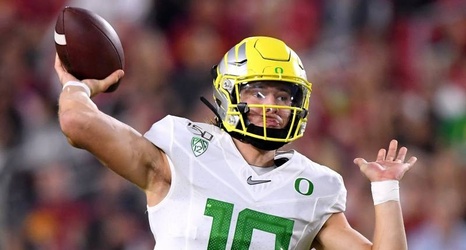 Oregon trailed 10-0 after the first quarter but used four second-quarter touchdowns to take a 28-17 halftime lead. The Ducks then scored four straight touchdowns in the second half to carve out a 56-17 edge before a late USC score.

The Ducks, who lost their opener 27-21 to then-No. 16 Auburn before rolling off eight straight victories, are 6-0 in Pac-12 play. Oregon's magic number to clinch the Pac-12 North and earn a spot in the conference championship game is now two.