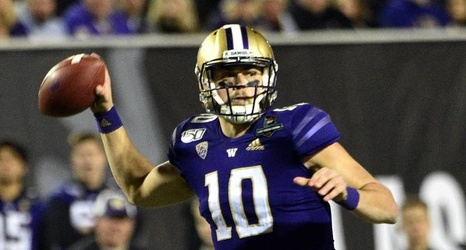 Chris Petersen closed out his Washington tenure in winning style as the Huskies beat No. 19 Boise State 38-7 in the Las Vegas Bowl on Saturday at Sam Boyd Stadium.

Petersen was coaching his last game for the Huskies after he announced he was stepping down from his post. Secondary coach and defensive coordinator Jimmy Lake will take over as the head coach.