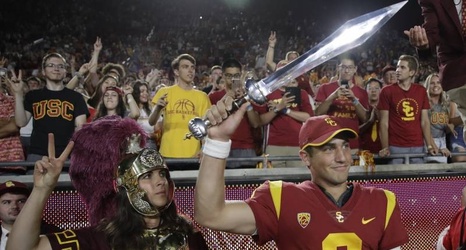 What does this mean for Trojans head coach Clay Helton?

Swann was seemingly the only person in Helton's corner at the end of a disastrous 2018 season, retaining the coach for a fourth full season while the wolves called for his head. Now that his key supporter has abruptly disappeared, Helton's seat is once again engulfed in flames.

By resigning now, Swann perhaps inadvertently set up USC perfectly to move on from Helton at the end of the season, if it desires.