After 4th Straight Losing Season, What Is Going on with UCLA Football? 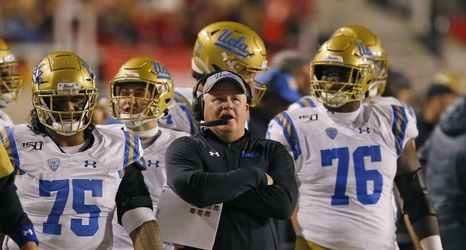 UCLA grabbed plenty of headlines when it hired Chip Kelly in November 2017, but the Pac-12 program has steadily slipped from the national radar and become a college football afterthought.

What's happening in Westwood these days?

Although UCLA notched a three-game winning streak in 2019, the campaign went as expected—which is to say, badly. In front of a Rose Bowl-low 43,848 fans per home game, the team mustered a 4-8 record after a 3-9 year in Kelly's first season.