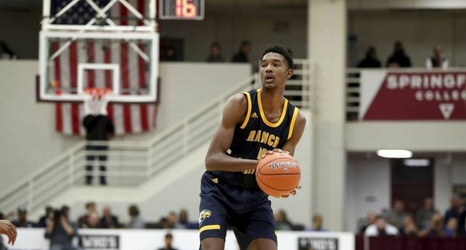 The top high school boys basketball recruit in 2020 is already taking on some large comparisons before he even steps foot on a college campus.

Center Evan Mobley, 247Sports' top player in this year's class, is being heralded by some as a generational talent on par with two of the NBA's premier players over the last 20 years. Speaking to The Undefeated, his AAU coach, Etop Udo-Ema, called the Californian's game a "mixture of Giannis Antetokounmpo and Kevin Durant" and who can play like Kevin Garnett.

"He is as perfect a basketball player that I've ever seen," Mobley's high school coach, Ray Barefield, said.