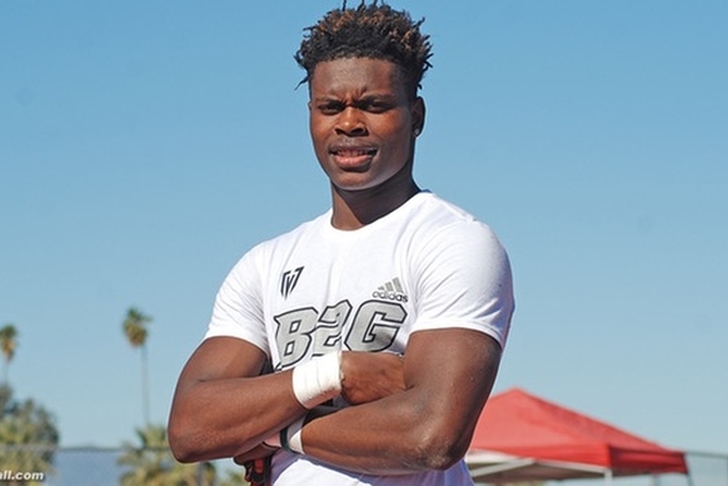 National Signing Day is one of the biggest days in college football, as landing a good class can set a program up for long-term success on the field in the fall. That is certainly the case in the Pac-12, as teams across the league hope to set themselves up for success with their 2017 recruiting class. Here is how those classes stack up against each other:

11) Oregon State Beavers - No. 49 nationally
Four-star wide receiver Isaiah Hodgins is the prized jewel of this class, yet the rest of the class leaves a little something to be desired. 22 of their remaining 23 signees were three-star recruits.

10) Arizona Wildcats - No. 45 nationally
Arizona managed to pull four-star running back Nathan Tilford out of California, and he should have an immediate impact for the Wildcats next season. The rest of the class consists of 21 three-star prospects and three two-star signees.

9) Washington State Cougars - No. 42 nationally
Washington State's class has the same make up as Arizona's - one four-star, 21 three-stars - but the Cougars simply have better three-star signees. 15 of their signees are ranked as top 1000 prospects in 247sports' top 1000.

8) Utah Utes - No. 37 nationally
The Utes have a small 16-person class, but it's a talented one. Four-stars wide receiver Corrion Ballard and Marquise Blair - two of the top 16 JUCO recruits - and four-star cornerback Jaylon Johnson (No. 85 nationally in HS rankings) headline the class.

7) Arizona State Sun Devils - No. 36 nationally
Arizona State's biggest get is former five-star quarterback Blake Barnett, who transferred in from Alabama and is expected to be ASU's starter next season. Their 16-person class also has a good deal of talent with four-star prospects in RB Eno Benjamin, CB Alex Perry and DE Tyler Johnson.

6) Colorado Buffaloes - No. 35 nationally
Colorado only has two four-star signees in OT Jake Moretti and WR K.D. Nixon, but added some needed depth with 24 three-star recruits.

5) Washington Huskies - No. 22 nationally
The Huskies are only ranked fifth due to a lack of quantity in their class. Their 18-person class is split evenly with three- and four-star prospects who are great fits for their system. Seven of their signees rank in the top 250 nationally.

4) Oregon Ducks - No. 20 nationally
Oregon is another school that dealt with a coaching change, but new head man Willie Taggart still managed to put together a quality recruiting class. Four-star cornerback Thomas Graham (No. 82 overall prospect) headlines the class with five four-star prospects and 19 three-star signees.

3) UCLA Bruins - No. 19 nationally
The Bruins have one of the most underrated classes in the entire country, capped by the nation's top overall recruit in defensive end Jaelan Phillips. Add in fellow five-star cornerback Darnay Holmes and five four-star signees and you have a class full of ready contributors.

2) Stanford Cardinal - No. 14 nationally
Stanford only had 14 signees in this class, but those 14 prospects are some of the best in the country. OT Foster Sarell, OT Walker Little and QB Davis Mills are all five-star recruits that are ranked among the top 15 recruits in the country, and they are joined by six more four-star recruits that are in the top 225 - including the nation's top tight end Colby Parkinson.

1) USC Trojans - No. 4 nationally
No one in the country had a better signing day than the Trojans. They landed six top 150 prospects on Signing Day alone, including five-star wide receiver Joseph Lewis and four-star defensive tackle Jay Tufele. In all, USC has 25 signees, 15 of which are either four- or five-star prospects.