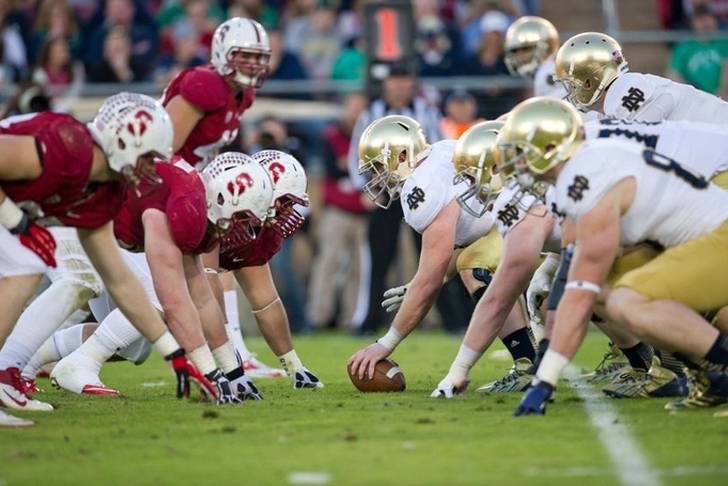 College football is unique in that a single loss could mean the difference between a conference championship, a College Football Playoff spot or ending up in an average bowl game. The Pac-12 is hoping to finally send a team to the College Football Playoff game, but have several non-conference games that could dash those dreams. With that in mind, here are the Pac-12's seven most important non-conference football games in 2016.

7. Utah Utes vs. BYU Cougars  - September 10th
In the gran scheme of things, the Holy War doesn't have the same meaning the other games on this list do. But the Holy War is an awesome rivalry and if Utah wants to harbor College Football Playoff hopes this year, they'll need to win this one.

6. Washington State Cougars at Boise State Broncos - September 10th
The Cougars are a team on the rise and could fight for the Pac-12 title this year. Boise State is still the class of the Mountain West. Both teams have some sleeper potential for the College Football Playoff, but the loser will likely have the hopes dashed early in the season.

5. USC Trojans vs. Alabama Crimson Tide ​- September 3rd
This is one doesn't quite have the same significance of other games, because USC isn't considered by many to be a true CFP threat. But this is still a matchup against Alabama and win would put USC in the middle of CFP race. Plus, it would do wonders for the Pac-12 in the eyes of the committee

4. USC Trojans vs. Notre Dame Fighting Irish - November 25th
The difference between the Notre Dame matchup and the Alabama is when they occur. It's late the in year, and there's a chance Notre Dame will be playing for a spot in the College Football Playoff. The Trojans would love to ruin the Irish' CFP dreams, especially if the Trojans are in position to advance to the Pac-12 title game.

3. Oregon Ducks at Nebraska Cornhuskers - September 17th
Oregon is hoping for a better season this year, but they'll need to beat Nebraska to help keep their CFP dreams alive. The added difficulty of playing on road helps this matchup rank higher.

2. UCLA Bruins at Texas A&M Aggies - September 3rd
This game will help decide if UCLA is ready to take the next step this year. The Bruins went 8-5 with a true freshman QB, albeit a great one in Josh Rosen. A win against the Aggies would do wonders for the Bruins' confidence and help push them towards fighting for a Pac-12 title.

1. Stanford Cardinal at Notre Dame Fighting Irish - October 15th
The mid-season matchup could end up being a de-facto CFP elimination game. Both Stanford and Notre Dame are legitimate title threats, but the loser is going to have a tough time making the playoff. This is easily the most important non-conference game.