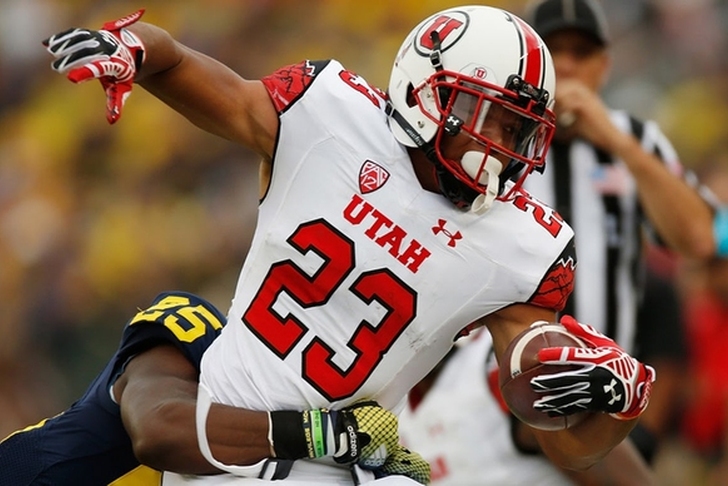 There might not be a deeper conference in the nation than the Pac-12. The downside is that all the schools beat up on each other. It wouldn't be a surprise if every Pac-12 school drops at least one game. After all, only two schools are still undefeated in Pac-12 play. With that in mind, here are the power rankings for the Pac-12 after six weeks.

Colorado hasn't beaten anyone of note this season, and a bowl game seems highly unlikely.

The Beavers are ahead of the Buffaloes because I think Oregon State will win their head-to-head matchup in two weeks. We'll find out if I'm right or wrong then.

Oregon is not in a great place right now. The Ducks have suffered a blow out loss to Utah and a loss to Washington State. Unless things change quickly, the Ducks will have to battle for a bowl game.

It's not that USC doesn't have talent, it's that their head coaching situation is a disaster. Steve Sarkisian is out, and it appears he has some serious issues that were ignored for too long. Unless Clay Helton can channel his inner Ed Orgeron and turn things around, it could be a long season.

I believe that Arizona is a better team than this, but they need to prove themselves before I can justify moving them up any higher. Wins against Oregon State and Nevada don't outweigh blowout losses to UCLA and Stanford. Of course, getting QB Anu Solomon back is huge.

The win over Oregon is the biggest in recent memory for Washington State. Now, Mike Leach and QB Luke Falk must follow that up with more wins.

I'm a big fan of Chris Peterson and I think he'll have the Huskies fighting for conference crowns in the near future. Just maybe not this season.

The Bruins are still a talented team, but their loss to ASU relegates them to the #5 spot. A game this week against Stanford this week could drastically alter the rankings.

Early season issues appear to have been fixed. ASU checks in ahead of UCLA because of their head-to-head win. The Sun Devils can still win the Pac-12 South, but they'll likely have to beat Utah this weekend.

Despite five INTs from QB Jared Goff, who I still like, Cal nearly beat Utah. The Golden Bears are still 5-1, although to keep this spot they'll have to knock off UCLA on the road in two weekends.

A season-opening loss to Northwestern looks better in hindsight, and the Cardinal have rebounded nicely. Stanford is the obvious choice for the second spot.

No surprise at the top of the rankings. Utah is #4 in the nation and clearly the best team in the Pac-12. Unless they lose, Utah is the only team that can be ranked #1.