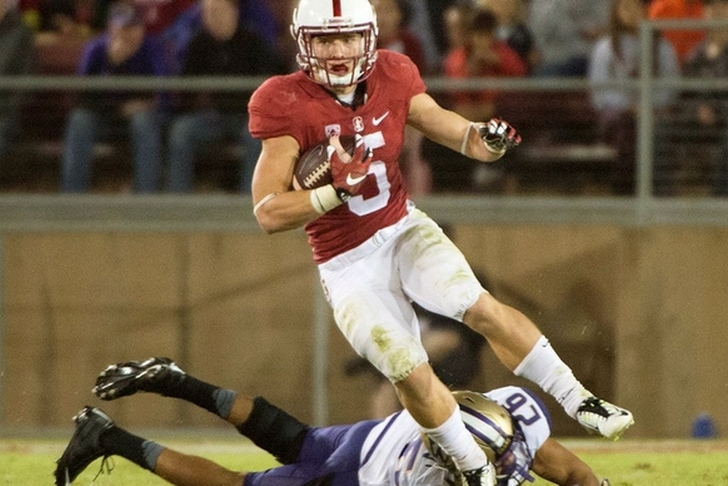 The Pac-12 has star power and several teams that are competing for a berth in the college football playoff, so how do the teams stack up against each other after the first seven weeks of the season? Here's our power rankings:

Oregon State only has one win over FBS-level team and have been blown out by Arizona and Washington State. Their loss against Colorado cemented their last place ranking.

Colorado picked up a Pac-12 win, but it came against Oregon State. That means 11th is about as high as the team will go.

The Huskies upset USC, but that is their only Pac-12 win. The offense is young and among the worst in the Pac-12. Washington will need to close strong to make a bowl game.

Arizona has been hit hard by injuries, but that doesn't excuse a disappointing start 2-3 conference start. I expected more out of Arizona this season. They should make a bowl game, but many were hoping for a Pac-12 Title run.

The season has gone from bad to worse for the Ducks. Losing by 3 to Michigan State on the road seems like a distant memory for a team that was blown out by Utah at home and lost to Washington State. At 4-3, it's unlikely the Ducks will make a push for a Pac-12 North crown this season.

In a league ruled by parity, one of the teams with a 2-2 conference record had to drop. Cal drew the unlucky straw, in part because the Golden Bears have dropped two straight games. With a game against USC up next, Cal could jump again.

Arizona State drops, but only because of a bye this week. The Sun Devils have rebounded from their slow start to the season, but losses to Utah and USC keep them in the crowded middle of the Pac-12. A win over UCLA was impressive, but none of the other wins are quality ones.

This USC team has been maddeningly inconsistent and I have no idea what to make of them. The Trojans just beat Utah, but also have losses to Stanford and Washington. They are above Arizona State because of their head-to-head win. I truly won't be surprised with whatever USC does next.

The Bruins take a jump by virtue of their win over Cal. I haven't forgotten about losses to Utah and Arizona State, but the Bruins aren't out of the Pac-12 South race yet.

I know, right? Washington State is one of just three teams with a winning record in conference play and have a deadly offense. The Cougars need to be taken seriously and have a chance to really announce themselves next week against Stanford.

Utah is still a solid team, but the Utes drop after a loss to USC. They should bounce back against Oregon State next week. They are still in the driver's seat in the Pac-12 South.

Our new No. 1 is Stanford, thanks to Utah's loss. Stanford's season-opening loss to Northwestern was nothing short of disappointing, but they've been on a roll since then, blowing out Pac-12 contenders USC, Arizona, and UCLA. Running back Christian McCaffrey has emerged as Heisman frontrunner along with Leonard Fournette and Trevone Boykin, and the defense is playing great. The Cardinal aren't out of the College Football Playoff race yet.