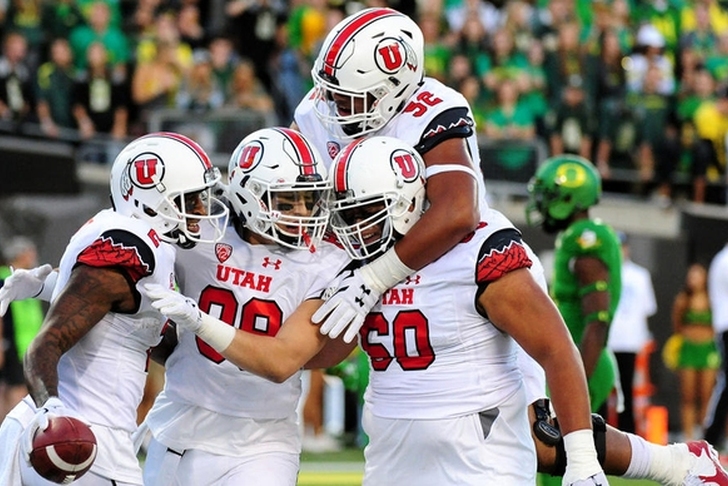 The Pac-12 has star power and several teams that are competing for a berth in the college football playoff, so how do the teams stack up against each other after the first seven weeks of the season? Here's our power rankings:

Oregon State only has one win over FBS-level team and have been blown out by Arizona and Washington State. Their game against Colorado this weekend will determine who the worst team in the conference is.

Colorado has yet to win a Pac-12 game for the second consecutive year, and it doesn't appear to be getting any better for the Buffs anytime soon.

This USC team has been maddeningly inconsistent. Losing to Stanford was unexpected, but the Trojans bounced back by beating Arizona State. However, USC followed that up by laying an egg against Washington, head coach Steve Sarkisian's old school. USC was expected to compete for a College Football Playoff berth. Instead, they are one spot out of the cellar in the Pac-12 South.

The season has gone from bad to worse for the Ducks. Losing by 3 to Michigan State on the road seems like a distant memory for a team that was blown out by Utah at home and lost to Washington State. At 3-3, it's unlikely the Ducks will make a push for a Pac-12 North crown this season.

Washington is just 1-2 in the conference after losing to Oregon last weekend at home but they did beat USC, so we have to put them ahead of the Trojans, right?

Don't look now, but Washington State is 2-1 in the conference play thanks to wins over Oregon and Oregon State. Their only loss was a narrow loss to Cal, showing that this team is one worth watching in the coming weeks.

Arizona has been hit hard by injuries, but that doesn't excuse a disappointing start. The Wildcats were expected to contend for a Pac-12 South title, but are 1-2 in conference play. However, there still is time for Arizona to turn things around.

Just because UCLA played on a Thursday Night doesn't mean they avoid the disaster label. UCLA let Stanford run all over them, giving up 310 yards on 48 carries. Christian McCaffrey ran the ball 25 times for a massive 243 yards and 4 TDs. The Bruins' offense put up 35 points, which should be enough to beat Stanford, but the UCLA defense came up empty.

Arizona State has rebounded from their slow start to the season, but a loss to Utah has kep them in the crowded middle of the Pac-12. A win over Oregon next Thursday after a bye week will give us a better indication of where this team sits in the Pac-12 pecking order.

Cal had a bye week following their loss to Utah two weekends ago, and now face their next test on Thursday night against UCLA. Quarterback Jared Goff has this team playing at a high level, but we'll learn how good this team really is this week.

Stanford's season-opening loss to Northwestern was nothing short of disappointing, but they've been on a roll since then, blowing out Pac-12 contenders USC, Arizona, and UCLA. Running back Christian McCaffery has emerged as Heisman frontrunner along with Leonard Fournette and Trevone Boykin, and the defense is playing as good as every. The Cardinal will have to overcome the undefeated Utah Utes to make the playoff, something they're more than capable of doing.

Another week, another dominant performance from the Utes in their win over Arizona State on Sunday night. Utah is now the No. 3 team in the country and are in prime position to make the College Football Playoff.