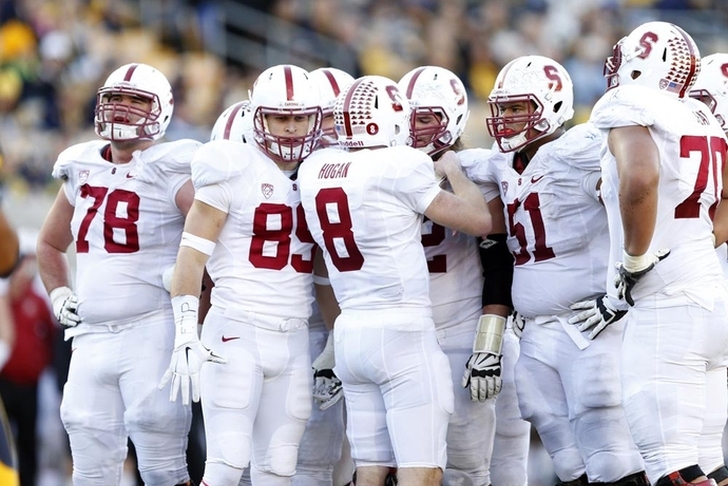 The Pac-12 has star power and several teams that are competing for a berth in the College Football Playoff, so how do the teams stack up against each other after the first 10 weeks of the season? Here's our power rankings:

Oregon State only has one win over FBS-level team and have been blown out by Arizona, Washington State, Utah, and UCLA. Their loss against Colorado cemented their last place ranking.

Colorado picked up a Pac-12 win, but it came against Oregon State and have been helpless in their other conference games. That means 11th is about as high as the team will go.

Arizona has been hit hard by injuries, but that doesn't excuse a disappointing start 2-5 conference start. We expected more out of Arizona this season, and while they should make a bowl game, many were hoping for a Pac-12 title run.

The Huskies upset USC and blew out Arizona, which puts them at No. 9 despite a struggling offense that's among the worst in the Pac-12. Washington will need to close strong to make a bowl game.

Cal has absolutely fallen off the map after a 5-0 start, losing four straight games and dropping to the bottom of the Pac-12. If they lose to Oregon State this weekend, they might miss out on a bowl game.

Arizona State has lost three games in a row and are just 4-5 on the season, but a big win at UCLA keeps them above Cal.

The Ducks won't win the Pac-12 North crown this season, but they've rebounded from an absolutely disastrous start. They've won three games in a row over Washington, Arizona State, and Cal, and we'll see how far they've come this weekend at Stanford.

This USC team has been maddeningly inconsistent and I have no idea what to make of them. The Trojans do appear to have straightened things out and have won three games in a row, but we'll know if they're for real at the end of the month when they take on Oregon and UCLA.

Speaking of UCLA, the Bruins are also on a three game winning streak and have a surprising showdown with Washington State this weekend. If they win that, they'll move up this list.

Where did this Washington State team come from? The Cougars have won four of their last five Pac-12 games, with the lone loss coming in a two-point defeat against Stanford. They could move to No. 2 on the list if they beat UCLA.

Utah is still a solid team and has rebounded nicely from their loss at USC, but they won't be able to prove themselves until they host UCLA on Nov. 21.

Stanford will clinch the Pac-12 North with a win over Oregon on Saturday, setting themselves up nicely to a potential berth in the College Football Playoff. As the only undefeated team in the conference, they're No. 1 until someone knocks them off.