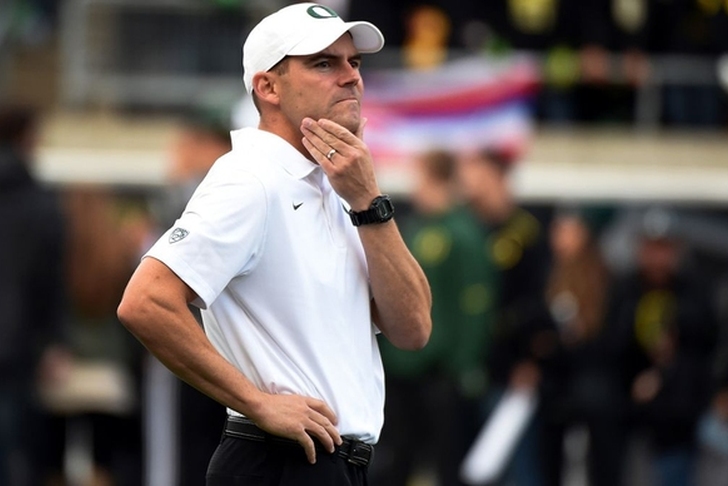 Pac-12 Football has gone nutso this year, with perennial contender serving as also-rans right now and former punching bags taking their time in the sun. We've compiled five news & rumors nuggets for the upcoming week in Pac-12 football to get you prepped for what will undoubtedly be another topsy turvy week on the West Coast.

The biggest game of the Pac-12 schedule so far? You may not have guessed it before the season, but it's this coming Saturday night's battle between the #23 California Golden Bears (5-0) and #5 Utah Utes (4-0) in Salt Lake City. Utah is currently a 7-point favorite, according to ESPN.com. The winner becomes the Pac-12's primary College Football Playoff threat. How's that for pressure?

Is it do or die when the #17 USC Trojans (3-1) host the pesky Washington Huskies (2-2) on Thursday? "Emotions won’t matter but coaching will, and (head coach Steve) Sarkisian's reputation will be front and center," ESPN's Ted Miller wrote on Monday. "If the Trojans are well-coached in this game, they win." If not and USC falls out of the AP Top 25, Sarkisian's office seat could catch on fire -- figuratively, of course.

How pronounced has the #16 Stanford Cardinal's offensive rebound been the past their last four games (all wins)? Headed into a short bye, Stanford is averaging over 35 points a game since it's 6-point depression fest Week 1 at Northwestern. With the Pac-12 currently in a state of standings upheaval, Kevin Hogan and the Cardinal's streaking offense could reinsert themselves into the College Football Playoff conversation next Thursday with a home win over the UCLA Bruins.

What happens if a disappointing Oregon Ducks (3-2) team falls to the Washington State Cougars (2-2) at home on Saturday? Oregon looked less than impressive for most of the team's 41-24 win at Colorado this past Saturday. If that carries over to this week, could the grumbles start to materialize around head coach Mark Helfrich? It would be unwarranted, but such is the fickle nature of college football.