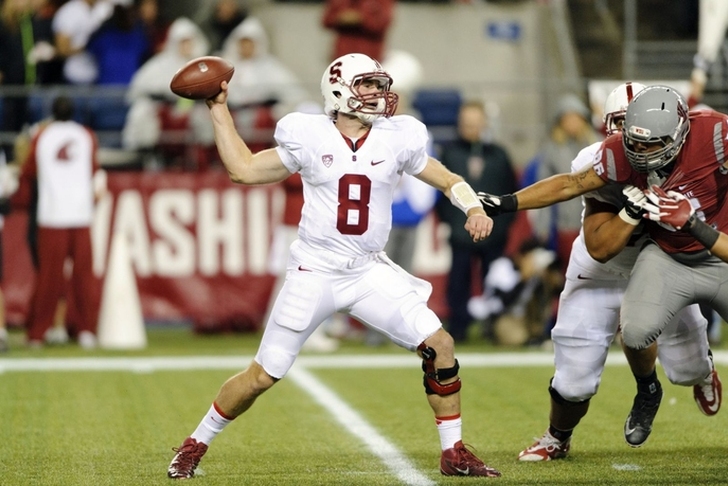 It's bowl season, which means we've got a full slate of Pac-12 bowl games to look forward to as December segues into January. We're here to break down all of the conference-affiliated matchups announced on Sunday.

QB Anu Solomon should be 100% from his concussion and ready to go, but the Wildcats will have a tough test playing in the Lobos' backyard.

Washington head coach Chris Petersen has two assistant slots open with a few weeks to go until the bowl game. This bowl will be a true test of how UW has grown under his leadership.

The State of Utah takes over Las Vegas in a classic air vs. ground showcase. We expect this one to be a close one and a hotly contested battle between the two in-state rivals.

It's Air Force's triple option vs. California Golden Bears stud QB Jared Goff in what should be an offensive fireworks display. Cal's defense has struggled, and they'll be truly tested by the Falcons' trickery.

Washington State gets a fantastic draw with a Miami team that has had a demoralizing, tumultuous season before and after the Al Golden firing. The Cougars' ascent to respectability this season should finish off on a strong note.

Nebraska is 5-7 and has been snake-bitten all year, while UCLA came up a loss to USC short of making the Pac-12 title game. Freshman Bruins QB Josh Rosen may have a field day.

Wisconsin wins by suffocating teams on defense. USC wins by stretching out secondaries on offense. Something's gotta give in this yin vs. yang showdown.

Do you like watching smashmouth, ground-and-pound football? This game is for you. Both teams are going to run the rock over and over in hopes of controlling the tempo. Whoever does it better will win.

100 combined points? 110? There is going to be a shootout at the Alamo between two of the most high-octane offenses in the nation.

WVU is fresh off a disappointing one-point loss to Kansas State, and they'll square off with a Sun Devils team looking to end an uneven 2015 campaign on a high note.