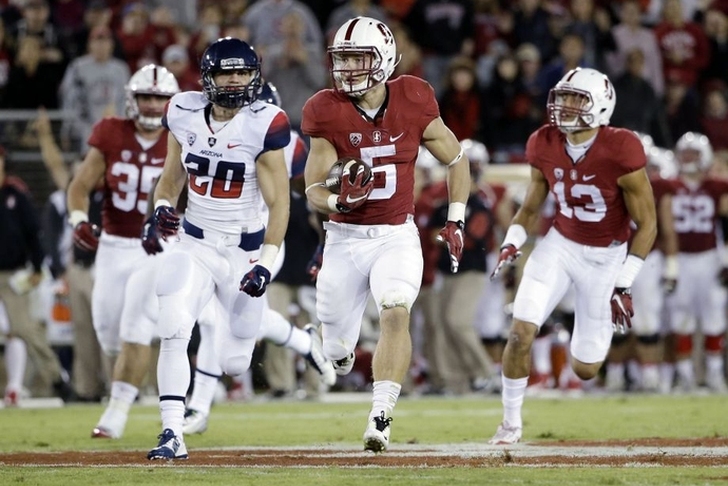 The Pac-12 has star power, but the teams beat up on each other as no one made the College Football Playoff. However, Stanford won the Pac-12 title and the conference sent a record 10 teams to bowls. How do the teams stack up against each other with the conclusion of the season? Here's our final power rankings:

Oregon State only has one win over FBS-level team and have been blown out by most of their opponents. There is some hope for next year thanks to freshman Seth Collins.

Colorado picked up a Pac-12 win, but it came against Oregon State and have been helpless in their other conference games. Four wins is a promising sign, but the Buffaloes need to beat quality teams.

Arizona has been hit hard by injuries, but still managed to clinch a bowl berth. A 6-6 season is still well short of the expectations the Wildcats had this season.

Arizona State made a bowl game and are above Arizona because of their head-to-head win. Still, it's a disappointing 6-6 season for the Sun Devils.

The Huskies earned a bowl bid by upsetting Washington State. The defense is strong, but the offense was young and inconsistent. The future is bright for the Huskies.

Cal struggled after a 5-0 start, ending with a 7-5 record. It's likely Jared Goff's last season, which doesn't bode well for Cal's future.

UCLA was inconsistent in big games this season. They won eight games, but missed out on a Pac-12 South title by losing to USC. UCLA has a bright future, thanks to freshman QB Josh Rosen.

The Cougars have been THE surprise team in the conference this season, but closed the year with a tough loss to Washington in the Apple Cup. That hurt their bowl bid and their power ranking standings.

Utah was in the top 5 at one point this season, but ended with a 9-3 record. It was a strong season, although a bit of a disappointment.

This USC team was maddeningly inconsistent en route to a Pac-12 South title. Clay Helton is the full-time head coach. The Trojans had a solid season. They rebounded well from a terrible start.

Where has this Oregon team been all season? Oregon struggled in the middle of the season, but finished with a 9-3 record. Vernon Adams made a huge different when healthy. .

Stanford won the Pac-12 title, giving them a berth in the Rose Bowl. No other team has a claim for the top spot.