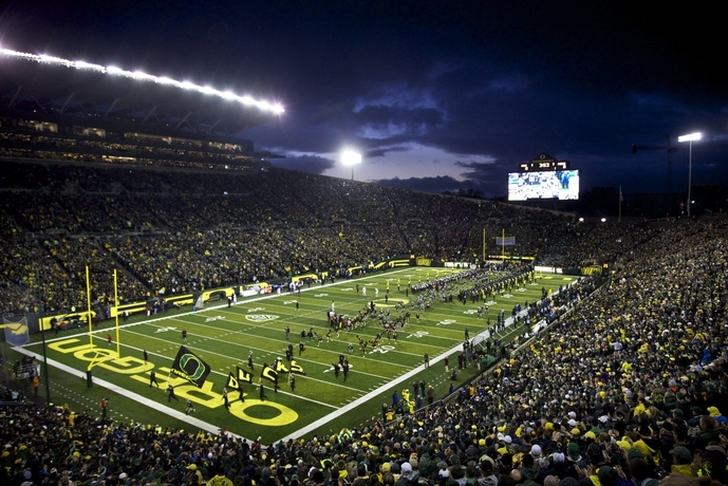 College football attendance is down overall, but the top schools in the country are still drawing tons of fans each week. With that in mind, here are the 5 Pac-12 Teams With The Highest Attendance In 2015.

The Sun Devils' squandered last year's momentum, finishing 6-7 on the season after a Cactus Bowl loss to West Virginia. Fans responded in kind as the program saw an 8% drop in attendance.

Stop accusing Ducks fans of being a "fair-weather" sort. The sellout streak continues, with the program's above-capacity attendance remaining about level with last year's run to the title game. The Huskies had a solid season under head coach Chris Peterson, but did see a 4% decrease in attendance. Still, they're one of just three programs in the conference drawing 60,000 or more.

The UCLA Bruins were a fantastic story early in the season with freshman sensation Josh Rosen at the reins, but things tapered off as they finished one game short of a Pac-12 title berth. UCLA saw the worst drop-off of the Pac-12 teams on this list, with attendance down 13%.

Steve Sarkisian gets fired. The team soldiers through turmoil to make the Pac-12 title game. The fans stay loyal while actually increasing their turnout by 3%. USC is the undisputed king of Southern California football, NFL relocation rumors or not.