5 Best Player Performances In The Pac-12 In Week 9 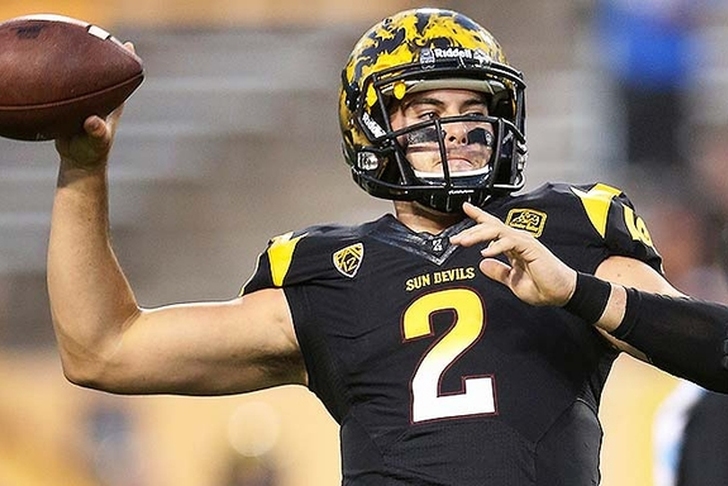 Week 9 of Pac-12 Football featured several great performances, both team and individual. While there are several players worthy of consideration that just missed out, we've narrowed it down. Here are the five best Pac-12 player performances from Week 9.

Booker has been Utah's workhorse, and the Utes' game against Oregon State was no exception. Booker racked up 121 yards and a score on 25 carries. That's far from Booker's best game this season, but it's still a Top 5 effort in Week 9.

Perkins had only 16 touches in UCLA's 35-31 over Colorado, but he made the most of them. Perkins racked up 118 yards and a score on 12 carries. He also added 41 yards and a TD on 4 catches. Without Perkins, UCLA is likely upset by Colorado.

Just a freshman, Browning had a career day against Arizona in Washington's 49-3 win. Browning completed 16 of 24 passes for 263 yards and 4 TDs. Browning has the potential to be the next great Pac-12 QB, even though UCLA's Josh Rosen gets most of the love.

Adams has missed three games this season, but he showed why he had such high expectations when he transferred to Oregon during the Ducks' thrilling 61-55 triple overtime win against Arizona State. Adams completed 23 of 41 passes for 315 yards and 4 TDs, although he did throw a pick. He also forced the game into OT when he scrambled around in the pocket and somehow completed a TD pass with only seconds left in regulation.

The only player to make this list and lose, Bercovici did everything he could to give the Sun Devils a win. He completed 32 of 52 passes for 398 yards and 5 TDs. While he was picked off twice, he did add 58 yards and a TD on the ground. Arizona State can't pin the loss on Bercovici, as he was the main reason the ASU was even in the game.