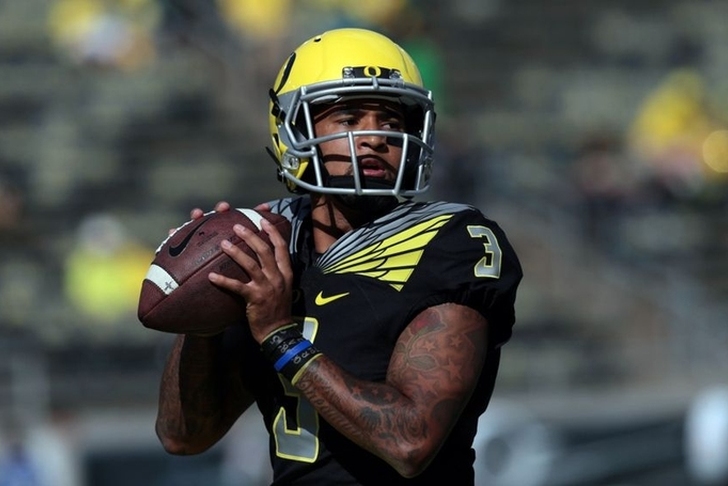 The 2015 Pac-12 regular season is over, leaving us with a handful bowls and plenty of questions heading into the upcoming offseason. Which teams have the most holes to address when it comes to graduating seniors and upcoming NFL draftees? UCLA and USC lose a few great players, but have enough talent returning that they just miss the list. They just avoided this list. Here's our list of the 4 Pac-12 Football Teams Set To Lose The Most Talent In 2016.

Cal Golden Bears
California loses QB Jared Goff and that's the biggest individual loss for a team. WR Kenny Lawler might leave as well, joining three other senior WRs. Cal would rank higher, but they only lose four other players.

Arizona State Sun Devils
The Sun Devils lose 12 starters, assuming no one turns pro early. The two biggest losses come on the offensive side of the ball. WR D.J. Foster will head to the NFL and QB Mike Bercovici is a goner as well. The Sun Devils had a disappointing 6-6 season and the losses aren't going to make things any easier.

Oregon Ducks
Oregon loses just four starters on offense, but they are three linemen and starting QB Vernon Adams. That's a big loss and the defensive side is even worse. Six starters are leaving, all on the front seven. DeForest Buckner will likely be a first round pick and is one of the most talented players leaving the Pac-12 this year.

Stanford Cardinal
Let's start with the bad; the Cardinal lose eight starters on offense and seven on defense. The team also will be without a few senior backups. No Pac-12 team will lose as many starters as Stanford. No Pac-12 team will return a player of RB Christian McCaffrey's talent next season. Stanford will be down four starters on the offensive line and QB Kevin Hogan, but the presence of McCaffrey helps lessen the blow. Plus, Stanford has proven they can reload and avoid rebuilding.