4 Bold Predictions For Stanford vs. USC 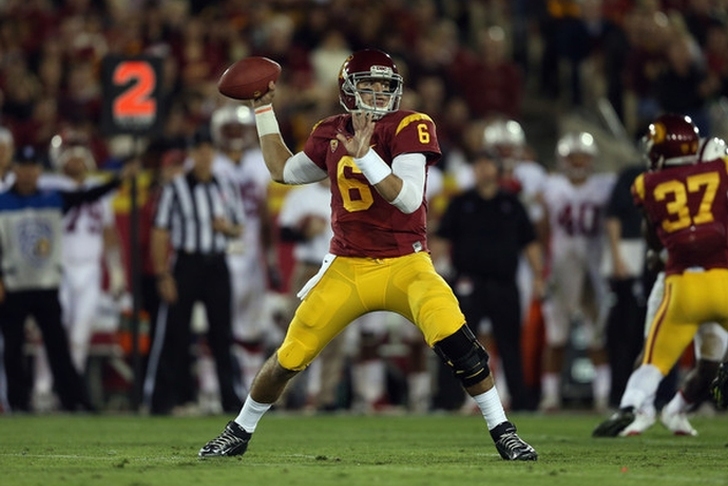 The USC Trojans and Stanford Cardinal are set to do battle in one of the premier games in college football this weekend, meeting in prime time. This matchup will have major implications on the Pac-12 race with this being the conference opener for each team, adding to its importance. Here are five bold predictions for the contest:

4) USC's defense is really good, too

The competition hasn't been great, but USC's defense has only given up 15 points combined in their first two games against Arkansas State and Idaho, which ranks them 6th in the country. They have athleticism all over the field, allowing them to make plays sideline to sideline.

Stanford ranks 109th in the country in scoring offense (18.5 points per game) and 94th in total offense, which are major warning signs as they head into conference play. Quarterback Kevin Hogan is completing a career-worst 57 percent of his passes, and their usually potent rushing attack has been pedestrian this year with only 215 yards on the season - they won't be able to turn it around against USC's talented defense.

2) Cody Kessler will show why he's a bonafide Heisman contender

The age of Kessler started in 2014, but the talented junior signal caller still managed to fly somewhat under the radar. That's not the case anymore as he's passed for 650 yards and seven touchdowns with no interceptions through USC's first two contests. Stanford's defense is one of the best in the country, but Kessler has the experience and talent to shred them. He'll be able to keep the Trojan offense humming no matter what Stanford's defense does.

1) USC will win by more than two touchdowns

Both teams have similar defenses, but one team is much, much, much better on offense. Sometimes, it's not rocket science. USC should win this one easily.

Follow our Pac-12 page for all the latest Pac-12 football news and rumors!