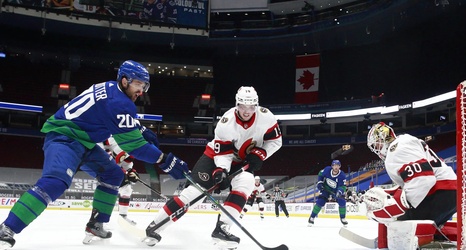 The Ottawa Senators had some swagger recently.

They came into tonight’s game against the Vancouver Canucks on a three-game winning streak, including two shutouts, with all the games coming against different teams. Saturday night was a great chance to give the team their first four-game winning streak since March 8th, 2017...it had been a long time.

Things got off to a strange start before the puck even dropped, as the projected starter Anton Forsberg injured himself during warmups, so Matt Murray was forced into action instead. Murray had played four very good games in a row since returning from injury, so there was hope that he could make it five in a row.