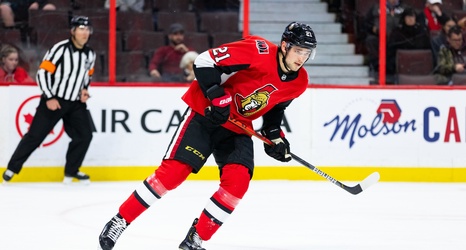 OTTAWA, ON - DECEMBER 14: Ottawa Senators Center Logan Brown (21) skates with eyes on the play during first period National Hockey League action between the Columbus Blue Jackets and Ottawa Senators on December 14, 2019, at Canadian Tire Centre in Ottawa, ON, Canada. (Photo by Richard A. Whittaker/Icon Sportswire via Getty Images)

The leaves started to fall, the snow is now following suit and here we are in the midst of the offseason, asking ourselves who the heck Ottawa‘s #1 centre will be for the upcoming campaign.