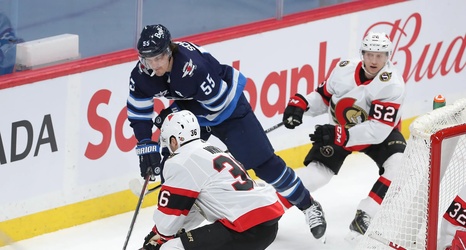 On top of Brady Tkachuk’s ongoing contract negotiations creating a temporary hole on the Ottawa Senators’ top six, the club is also looking for answers for their second-line centre. Christian Dvorak was recently acquired by Montreal for a hefty price, and general manager Pierre Dorion might not be desperate enough to acquire a player of that caliber at this stage. Ottawa may have to look within their own depth chart for a solution.

It appears that the Senators will start Chris Tierney in between Tim Stützle and Connor Brown. He’s beginning his fourth year with the Senators, and he’s drawn quite a bit of ire over his tenure, I’m assuming for being the only piece from the Erik Karlsson trade who’s just sort of there, as opposed to being potentially or already really good.