Weekly Question: What are you hoping to see from the final month of the season? 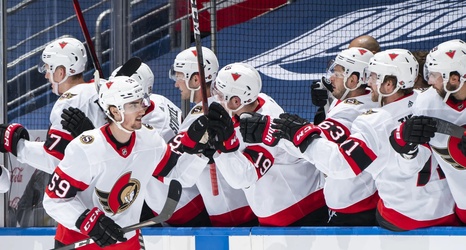 The Ottawa Senators appear destined for their fourth consecutive finish in the bottom-five in league standings. They’re one of four teams with a goal differential worse than -40, and while they’ve played promising hockey at times this season — especially at home — let’s not kid ourselves: this is Buffalo Sabres and Edmonton Oilers territory. It’s a set of performances I never thought I’d experience when I became a fan of the team in the early-00s, or even after watching the up-and-down years of the 2010s, where the team would alternate playoff appearances.

Despite that, we’re being fed the message that the team is on the upswing.