Tkachuk, Sanderson and a Rebuild in the Rearview 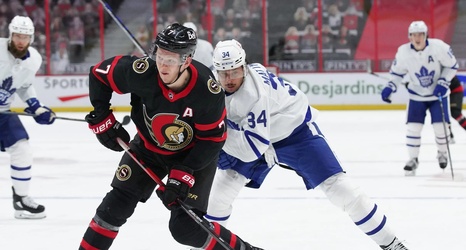 So far, I’m quite happy with the offseason the Senators are having if only because they haven’t done anything blatantly silly. Last offseason, we saw some veteran, mostly-past-their-prime acquisitions paired with a relatively big contract for a goaltender who hadn’t been great in a few seasons. If the Sens had gone down that path again this offseason, I would’ve been concerned.

Instead, we saw Ottawa move Evgeni Dadonov’s contract, for better or for worse, for a stable, veteran defender in Nick Holden and then they spent a couple bucks at the free agency farmers market on Michael Del Zotto.